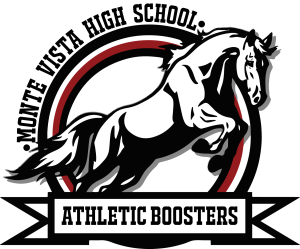 (Danville, CA) – The Monte Vista Athletic Boosters (“MVAB”) Scholarship-Award program recognizes and rewards Monte Vista High School student-athletes who demonstrate excellence through athletic participation, academic achievement, and service to Monte Vista High School and the community.  Six $1,000 scholarships were awarded to 3 girls and 3 boys during the Senior Inspirational Awards Ceremony held at the school on May 19, 2017.  The recipients are listed below. 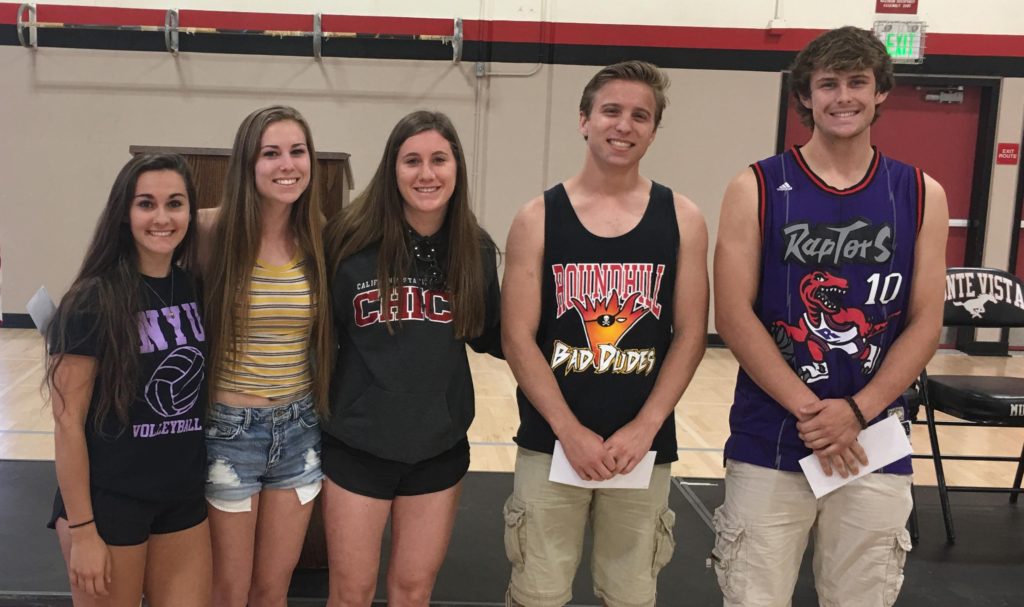 As a 3-year Varsity letterman, Jackie helped lead the MV girls volleyball team to a historic “three-peat” as NCS Champions (2014, 2015, 2016), and was named All-East Bay Athletic League the past two seasons. In addition to her many academic accomplishments, she was active in the Assistance League and Danville Youth Council.  Jackie will attend New York University next year where she will play volleyball and intends to major in Economics.

Maddie competed on the girls basketball team during her 4 years at Monte Vista, three years on Varsity and was named team captain her senior year.  Off the court Maddie was actively involved in the community.  Next year Maddie will attend Cal State Chico where she intends to pursue a degree in Marine Biology.

As a member of Monte Vista’s girls basketball team (2 years on Varsity), Alex excelled as a team leader and earned honorable mention All-East Bay Athletic League her senior year.  Alex was also recognized as an NCS Scholar Athlete.  Next Fall Alex will be attending Cal State Chico and is interested in pursuing a career in nursing.

Sean competed on the boys water polo and swim teams during his 4 years at Monte Vista. Sean was actively involved in the community in many ways, including the Boy Scouts where he obtained the Eagle Scout rank.  Sean will be attending Cal Poly San Luis Obispo in the Fall, where he plans to study computer science.

Levi was a dual-sport athlete at Monte Vista, competing in boys lacrosse and football all four years.  In his junior year, he helped lead the lacrosse team to an undefeated season where they captured the NCS Championship, and he was named team captain for his senior season.  On the gridiron, Levi helped the Mustangs capture the EBAL and NCS titles this past season.  Off the field Levi participated in Boy Scouts where he earned the rank of Eagle Scout.  Levi will be attending Brigham Young University next year.

Zach was a 3-sport athlete during his MV career (4 years football, 2 years basketball, 2 years track & field).  In football, he was a top lineman who helped lead the Mustangs to the EBAL and NCS Championship his senior year, and was named an all-league performer.  Zach also challenged himself in the classroom completing a rigorous curriculum.  Next Fall Zach will be attending UC Santa Barbara, where he intends to major in Chemistry.